Hey guys! As you know, Halloween is quickly coming up. In fact, it’s this coming Wednesday! Well, my friend, Sam, and I decided to celebrate a little early with some festivities!

The first, I warn, comes with no pictures. This is a journey of self discovery. And costume shopping.

The Adventure of the Four Spirits.

Well, Spirit Halloween stores. So, it started out normal enough. Sam decided to dress as her current obsession, Ezio Auditore, from Ubisoft’s Assassin’s Creed II. After some discussion (and her asking me to join her Assassin Brotherhood), I decided to go as an Assassin as well. So we met up near her job in Downtown Philly, and went to our first Spirit Halloween.

But… Google Maps didn’t agree with us. At one point, we were literally ON THE SAME STREET AS THE SPIRIT HALLOWEEN… and Google told us to turn off that road. Like… what?

But we managed to find it, finally, and I went shopping. Sam, being the toothpick she is, bought a TEEN costume.

I, my faithful readers, am shaped more like an apple. I could not buy a Teen costume. In fact, I could buy none of the Assassin’s costumes. They were all too small.

Fortunately, we had decided to go to one of the biggest malls in the area the next day. Which, of course, had another Spirit Halloween. Now, for those of you counting, that’s two of them.

This place… same issue. My apple shape did not fit into these costumes. Both of these, however, only had smalls and mediums.

So, we called around and found a store in frickin’ Cherryhill, which is about half an hour away, had an Assassin’s Creed costume that would fit me.

Of course…. because the Spirit Halloween stores have popped up in so many places… the Uber driver took us to the wrong place. They had no idea what we were talking about… but the store “across the street” might!

So, we went on a journey to find the Spirit “across the street.”

Across the street…. and into a parallel universe, maybe!

We walked all through the parking lot of the three strip malls that were in with the third Spirit, around all of the buildings…. and could not find this place! GOOGLE COULD NOT FIND THIS PLACE (though maybe, going by the first Spiritual experience, Google wasn’t the most reliable…)

Finally, after asking for help, we learned it was across a MAJOR HIGHWAY, and down the street a good five-ten minutes. So, after that harrowing adventure of crossing into yet another alternate dimension, we managed to find THIS Spirit Halloween store… and finally, a costume that fit.

I will be Edward Kenway from Ubisoft’s Assassin’s Creed 4: Black Flag.

Costume shopping wasn’t the only way we celebrated though. We also decided to carve pumpkins! I had in the past (as well as a watermelon once), so I was teaching Sam.

The rounder, squat one was mine, and the taller one was Sam’s. She decided on a a character from a very popular Halloween/Christmas movie…

And I did a cute owl! 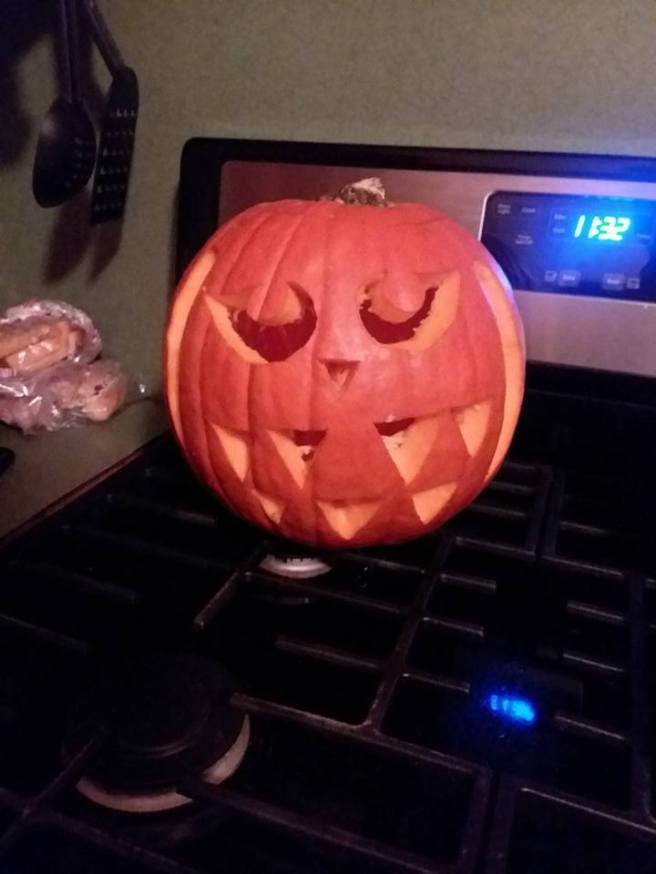 Now looking at mine, you can probably see something that’s… kind of off? Like, on the inside of it?

When we cut opened and cleaned out my pumpkin, there were a few things. It was less gunky, and a lot more seeds, and the inside acted exactly like Spaghetti squash. For those who don’t know, Spaghetti squash is this big yellow thing, that when you cut it open, the flesh comes off and separates into strings. That was exactly what was happening with the inside of my pumpkin. So, curious, I turned to the internet.

Apparently, I had picked up a Pie Pumpkin. Or a Sugar pumpkin. Both are the same thing, but either way, these are better for cooking then they are for carving. But ah well. It still looks good sitting outside. 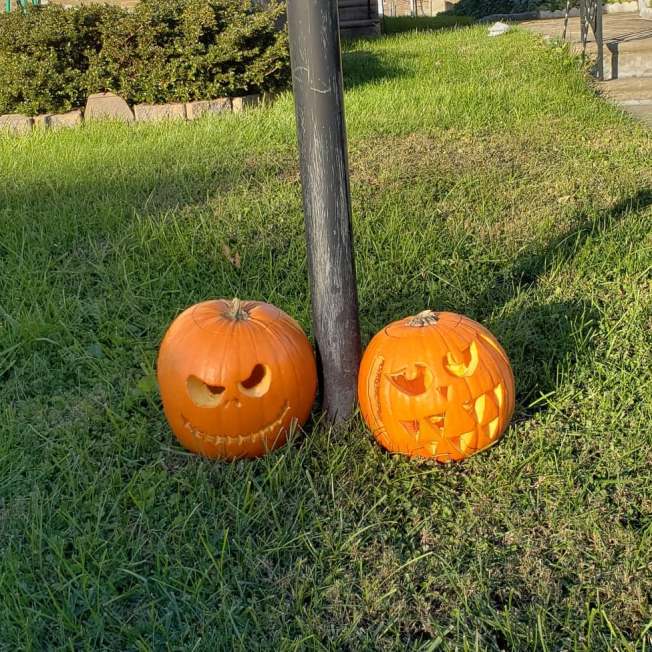 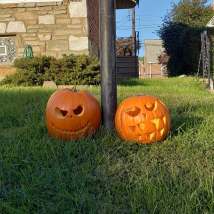 We also had help from Sam’s cat, Leo… 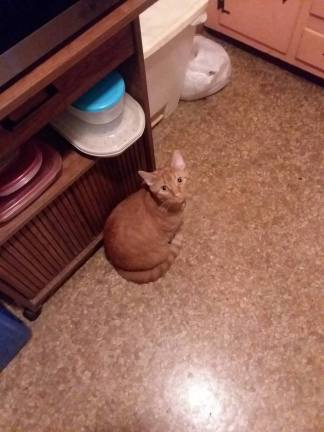 …who also tried to get us to do yoga.

And that’s how we prepared for Halloween! If anyone else has some interesting stories to share, drop them  in the comments below!